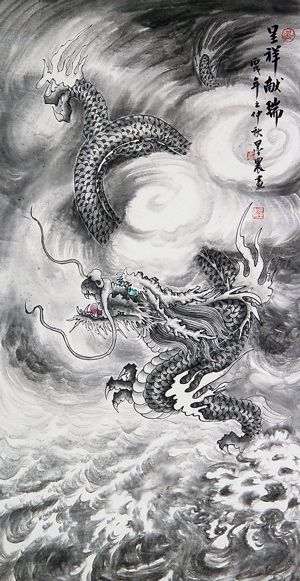 Swimming Dragon (taiyi you long gong) is a chinese martial art and longevity training method which contains characteristics of qi gong (energy breath work), daoist yoga and taiji quan. It originated in the Wudang mountain region of China and was passed down as a self defense and health method within a chinese royal family. Swimming dragon training emulates the movements of the water dragon, which are slow, smooth, continuous, and twisting, stretching and coiling. The form practice has many low stances and one leg balances. It stretches and strengthens all the joints, tendons and ligaments of the body, massages the organs, and stimulates blood and qi circulation.  It is also a moving meditation form, focussing and calming the mind. As a longevity training method it reverses the effects of aging by turning weakness, stiffness and low energy into strength, suppleness and vitality. With persistent practice, it will naturally improve flexibility, coordination, and balance, and complement any style of sitting meditation. This form is the external practice of the internal Daoist Qigong practice of Macro-cosmic Orbit (the big cosmic orbit which leads Qi through all your twelve meridians and eight extra meridians.) 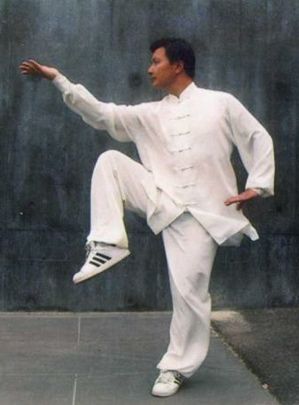 History
According to legend, Swimming Dragon was created by a Daoist master who was imprisoned for a long time. He had very little room to move in his prison cell and created a way of practicing in a small area. This is why today the swimming dragon form can be practiced in small spaces, like in a kitchen or on a balcony. The practice method gave the prisoner very good health and soon the prison authorities were wondering why his health was so much better than that of the other prisoners. When the local ruler heard about this prisoner's health he summoned him and the prisoner became the royal family martial arts instructor.

The art became a the family tradition and was passed down in secret within this royal family. Master Yu Anren (still living today in Changsha) was the last person to receive the family art. Master Yu broke the family tradition in 1984 he donated the style to the state and started to teach it openly. He compiled and structured the Taiyi Swimming Dragon Chuan, Taiyi Riding the Wind Sword and the other conventions of boxing and weaponry from the Taiyi Men family into a structured syllabus.

Yu Anren is from Guilin in Guangxi province. His family originated from Pingjiang county in Hunan province.
Yu learned Taiyi Swimming Dragon Chuan techniques and principals from his grandfather Yu Shao, a famous general. When Yu Anren took part in the Changsha Regional Martial Arts Competition in 1984, he performed the Swimming Dragon Chuan for the first time and won first place for internal style martial art. Since then, his form has spread quickly and the number of followers has reached several thousands. Today it is taught in Hunan (China) by Zhu Mingyuan, Chen Cui’e and Tang Saixian; in Melbourne(Australia) by Li Yong Liang and in San Francisco(USA) by Liping Julia Zhu. 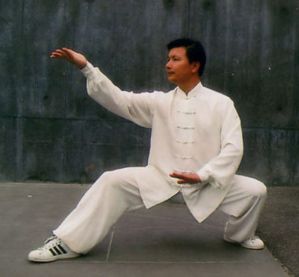 Swimming Dragon is a powerful form of longevity training and it has been known to reverse the effects of aging in many practitioners. For example, Yu Anren was imprisoned during the cultural revolution and in that time his hair went completely grey and he developed serious back problems. After his release he used the swimming dragon practice to cured his back and his hair turned from grey to black.

Another example of the healing effect of Swimming Dragon is my teacher, Li Yong Liang. Years ago in China, Master Li fell off a factory wall and broke his back. The doctors feared that he would never recover, but through great effort in his practice he restored his back. Today Li’s back is very strong and flexible.

The emphasis on low stances is for the improvement of leg strength, because it is known that when people get older the legs grow weak before the upper body. Aging also stiffens the joints and the practice of loosening the joints counteracts the effect of ageing in a process that Master Li calls “retrograde motion”.