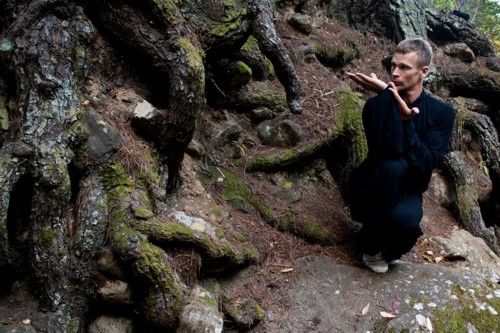 Shaolin gongfu/kungfu is a very extensive system of chinese martial arts which was developed by warrior monks of the Shaolin ("little forrest") Temple. Shaolin kungfu was started by an Indian monk, Bodhidharma, who taught in China 1500 years ago. Since that time countless generations of shaolin monks developed and refined shaolin gongfu into a very comprehensive martial art involving all forms of techniques, weapons, animal styles, qi gong and meditation. Shaolin gongfu became the main source of chinese martial arts and it spread widely, influencing the evolution of martial arts in China, south east Asia, Okinawa and Japan.

Today there is a distinction between traditional shoalin gongfu and modern shoalin wushu. Shaolin wushu was popularized in the late 70's and 80's when the communist ban on martial arts was lifted in China and the government sought to adapt elements of traditional gongfu to create a mass physical education system and spectator sport, to be used in schools to prepare children for the army or for work in the entertainment, sport and education industries. Shaolin Wushu training consists of form practice and competitive fighting (sanda). The forms focus on acrobatics and visual impact and not on application effectiveness or health benefits, as is the case with traditional shaolin gongfu forms. The competitive sanda is a set of rules similar to kick boxing or sport muay thai, and has no direct relevance to forms practice. TraditionalIn traditional shoalin gongfu is concerned with the more humble pursuits of health maintenance, energy cultivation, self defense and meditation. The three treasures of traditional shaolin gongfu are: Chan (zen), Wu (martial art) and Yi (medicine).

Two shaolin forms are taught in the Freedom School: Pangen (twisted root form) and a shaolin Gun (staff) form. Hans Menck studied shaolin wushu and sanda with Sifu Ashley Brandford in Cape Town. Later in China, he studied shaolin Chan Wu Yi at the Wugulun School under master Wu Nanfang and has met the shaolin monk Shi Dejian on the Song Shan mountain. He learned a traditional staff form and one empty hand form , some standing meditation postures - just a fraction of what there is to learn, but his experience at the school was beneficial for his understanding of traditional cultures, values and respect associated with gongfu. He continues his personal training and to can teach what he knows to students who are ready for it.

The Indian buddhist warrior monk, Bodhidharma, traveled to China to teach Buddhism about 1500 years ago. When Bodhidharma arrived at the buddhist temple at the foot of Mount Song (Song Shan), he was disillusioned with happenings at the temple and in an act of peaceful protest sat down in a cave and meditated for 9 years. After this nine year meditation period he emerged from his cave, settled in the shaolin temple and started laying down the foundations of what became known as chan (zen) buddhism and shaolin gongfu. 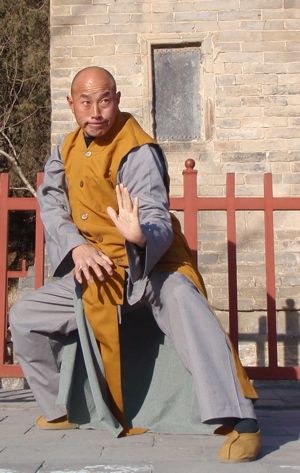 Bodhidharma taught his meditation students in a set of indian martial health exercises (the original Indian martial art was Kalari Payat) to improve their physical condition. These exercises formed the foundation of shaolin gongfu. From that time onwards the shoaling temple specialized in both zen buddhism and martial arts and through the generations many exercises and skills were added on to growing shoaling curriculum. Shaolin gongfu reached an exceptionally high level and became famous in China. Shaolin gongfu was developed by buddhist monks for three reasons: for self defence, for health exercise, and as a form of zen meditation. Traditional shaolin gongfu was an integral part of shaolin buddhist culture.

Shaolin culture had many ups and downs through the centuries. At times it was supported by the Chinese emperors and warriors would be sent to the Shaolin temple from all over the country to exchange skills and to be trained. During these times Shaolin gongfu became very rich in techniques and strategies and it spread across the empire. At other times in history shaolin gongfu was outlawed and the shaolin temple was completely destroyed at least 3 times. But during the hard times there were always a few monks who left the temple and continued the shaolin culture and the teachings in secret. When conditions became favorable they would emerge, rebuild the temple and resume the teaching of the shaolin culture. The temple was finally burned down in 1928 by the army of Chiang Kai Shek, and the last monks became farmers in the area.

The Cultural Revolution was another blow for shaolin culture. During this period the practice of martial arts was strictly forbidden all over China. The only martial art that was openly practised was Taiji Quan, because of its slow and peaceful appearance and health benefits. At the Shaolin temple the practice of Shaolin gongfu was outlawed and completely suppressed.  But once again a handful of monks moved away from the temple and continued to practice their martial arts in secret. They were farmers and maintained a low profile. One of these monks was Master Wu Gulun who was the last Shaolin monk to fight his way out of the Shaolin temple, past the eighteen temple guards. (Traditionally, if a monk wanted to leave the temple to join secular life he had to fight his way out of the temple.)

During the Cultural Revolution much of Chinas cultural heritage was destroyed. After the Cultural Revolution the new Chinese government tried to resurrect what was left of Chinas cultural assets and created shaolin wushu. New forms were created to impress large audiences. The movements were made bigger and more beautiful and many acrobatic movements were added. These movements were also very suitable for cinema and in the early 80s Shaolin gongfu movies became available in video stores world wide, making Shaolin gongfu world famous. Shaolin was further popularised by troops of modern Shaolin wushu performers who performed to large audiences all over the world under the banner of "Shaolin Monks". 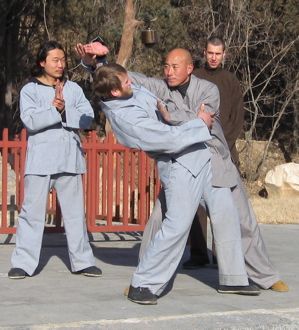 The popularization of shaolin wushu transformed the Shaolin temple. Today it is one of China's main tourist attractions, with shops, shows, stalls, hotels and hundreds of gongfu schools in and around the local city, Dengfeng. Traditional shaolin schools and true shaolin monks are not in the limelight and humbly carry on the old ways. The most notable of the traditionalists is Shi Dejian, an ordained Shaolin monk, who lives in the Song mountains and maintains the disciplines of chan buddhism, traditional medicine and gongfu. Shi Dejian has devoted his life to the preservation of shaolin culture and Xin Yi Ba, the highest skill in traditional shaolin gongfu. On the high cliffs of Song Shan he has built a new shaolin temple where tradition and healing can continue away from the city hustle and bustle. In the Dengfeng city area, Wu Nanfang, Shi Dijians gongfu brother and the great-grandson of Wu Gulun, runs a small school called the Wugulun School. 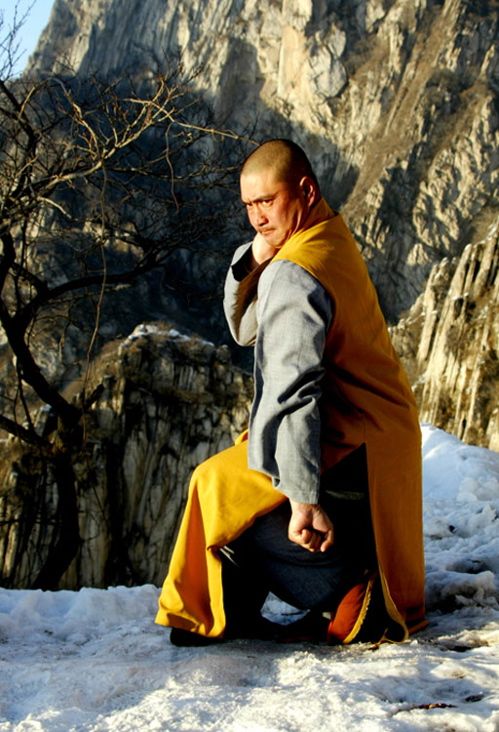